Do you want to know about netball?  Oliver, Holly and Leanna have created these factfiles and leaflets to tell you all you need to know! 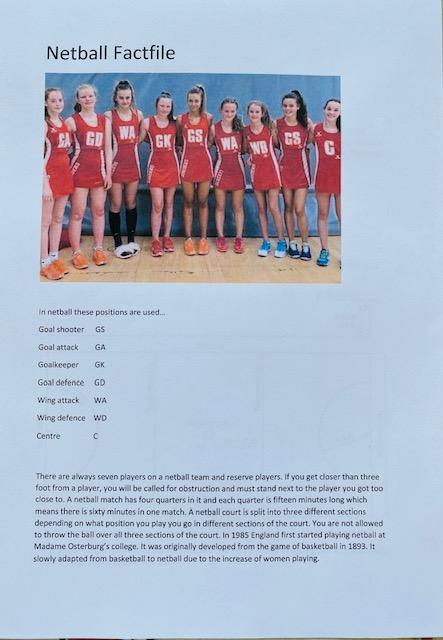 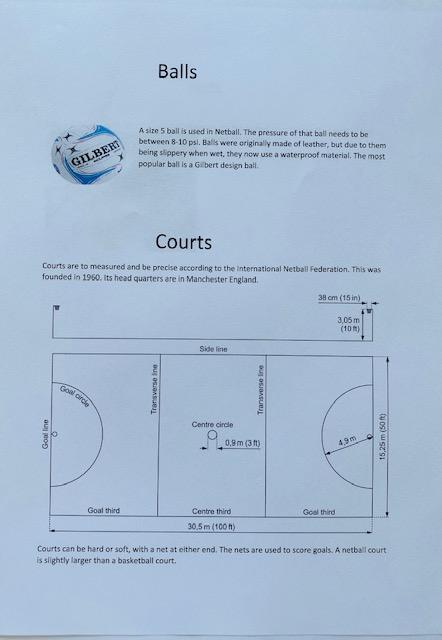 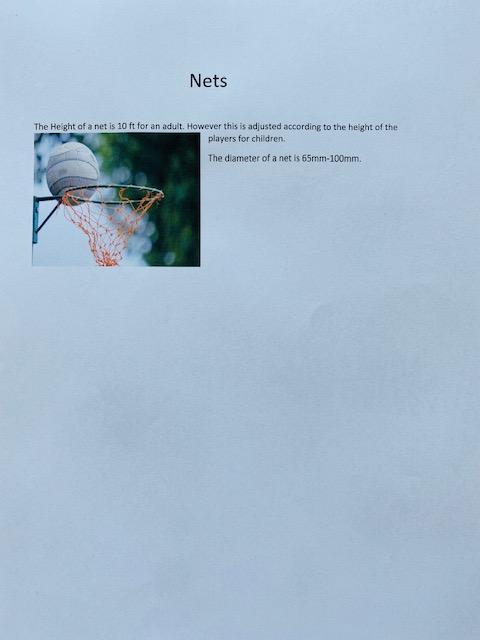 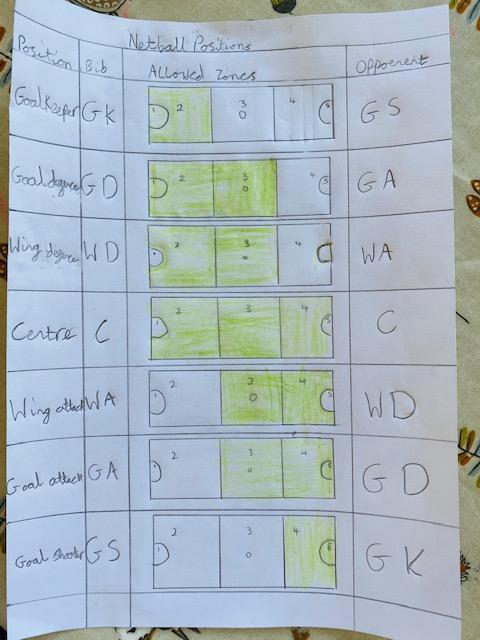 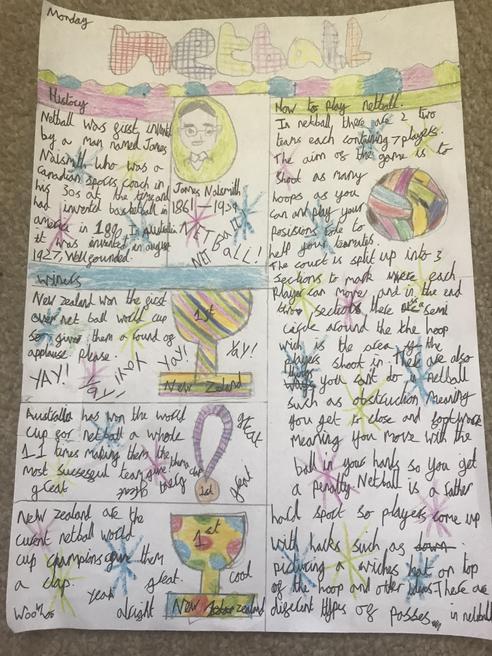 Our Own Kits and Logos

Here are Albert and Leanna's ideas for their own netball kits and logos: 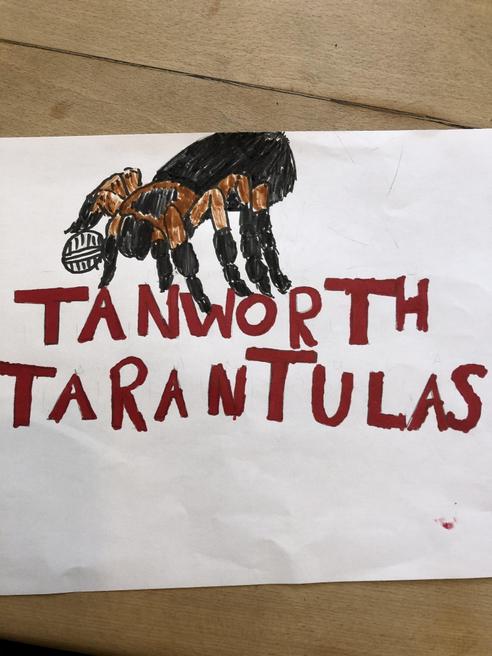 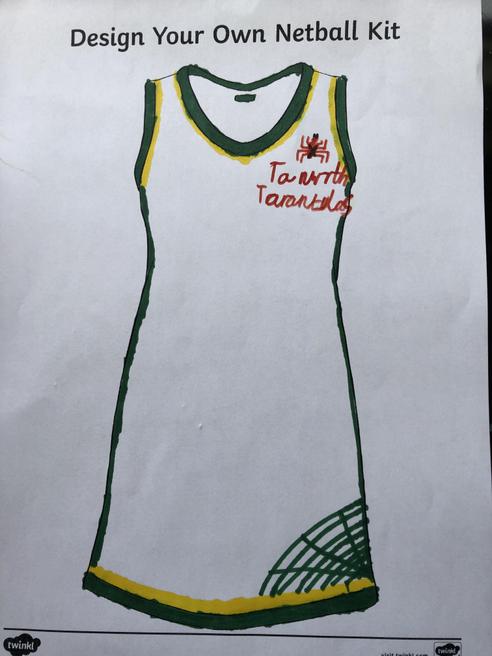 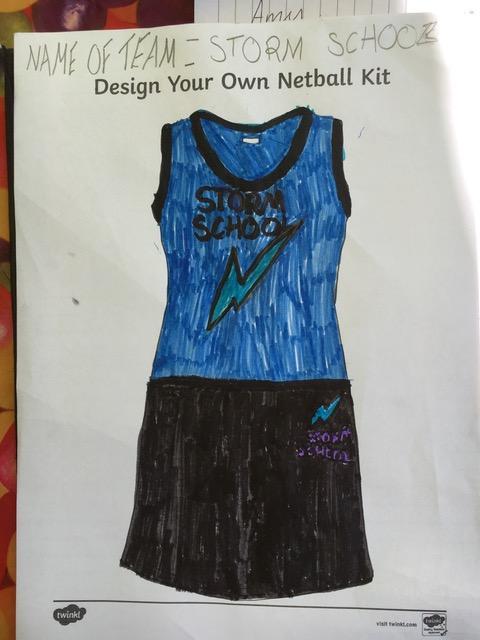 Our Own Versions of Netball!

Leanna has invented her own version of netball.  Why don't you have a go at playing it yourselves?! 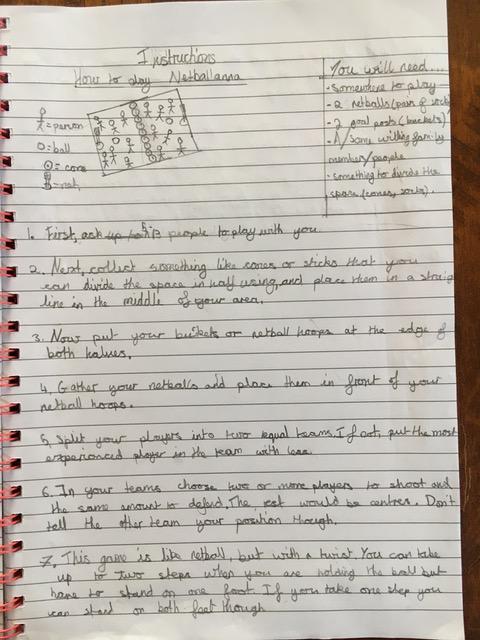 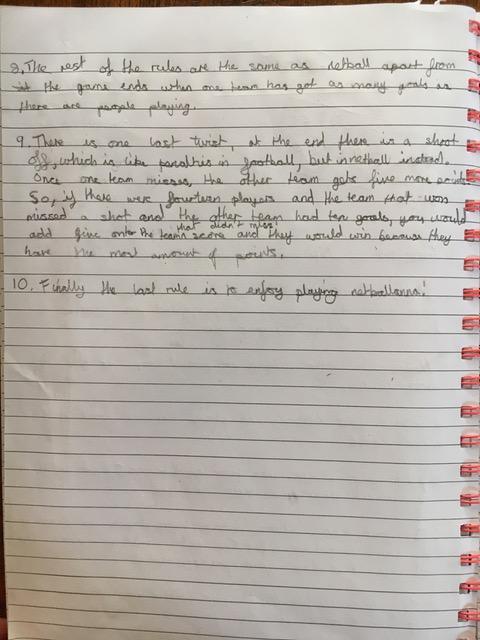 The children explored the shapes of netball poses and then had a go at creating foil sculptures showing them.  Here are some examples from Jacob, Albert, Leanna and Digby: 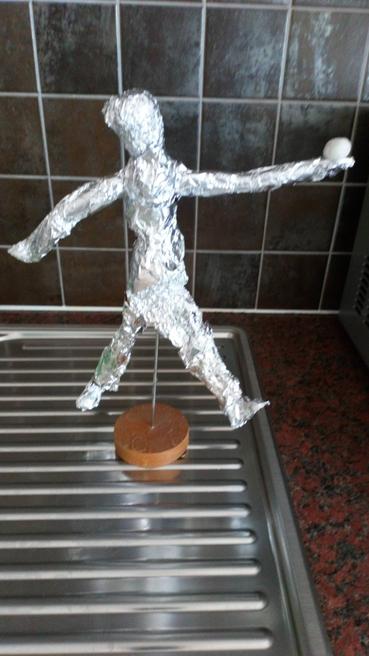 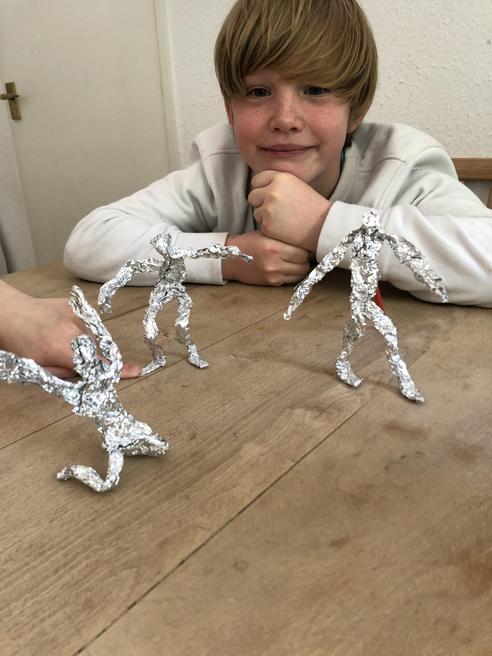 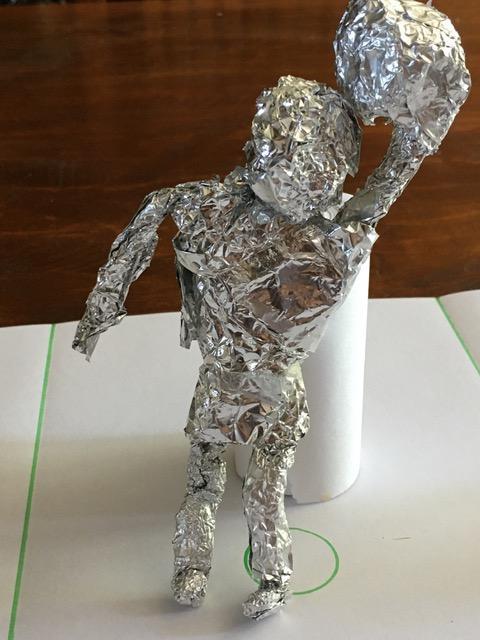 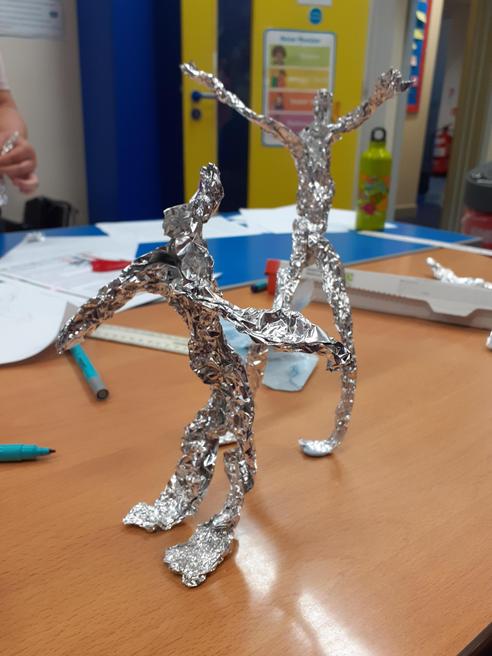 Some of the children researched famous netballers.  Here is Maisie's work: 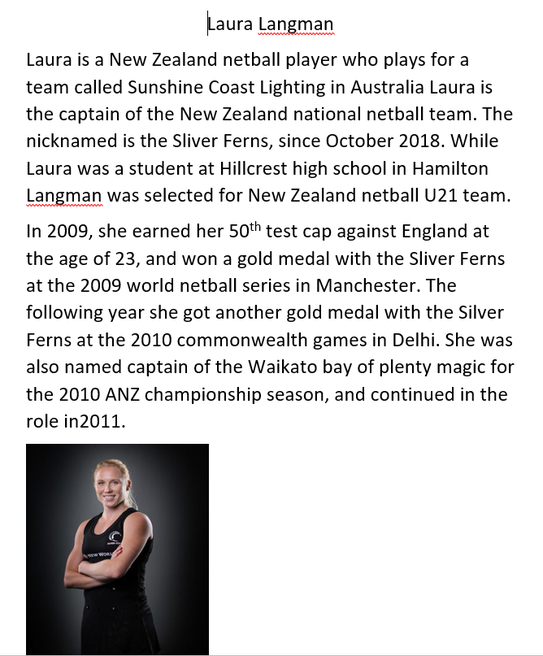 Holly imagined she was interviewing a famous netballer!  What can you learn about the netballer from her interview? 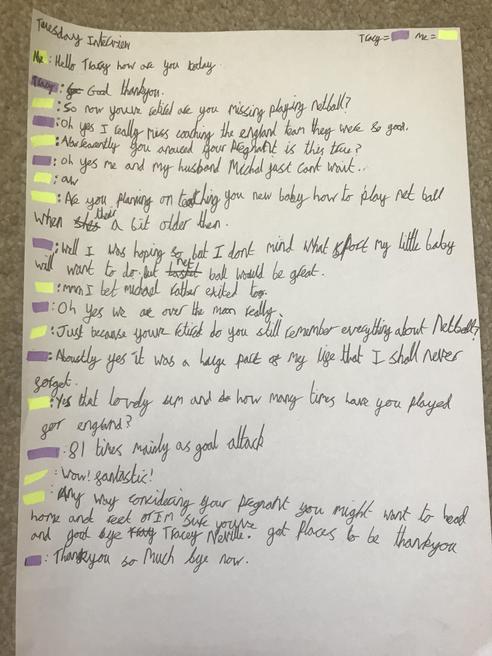 Leanna had a go at doing a commentary for the World Cup Final netball match between Australia and New Zealand.  Have a listen by clicking the links!  It's harder than it looks but great fun to do!

Oliver wrote a newspaper report about the World Cup Final 2019 between Australia and New Zealand. 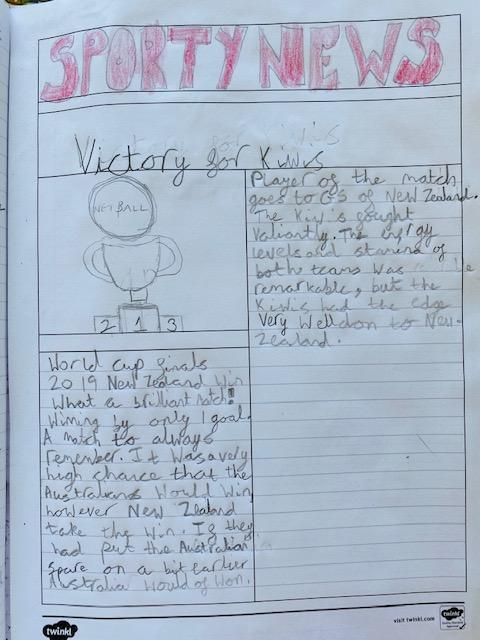 Do you fancy trying a netball-themed workout?  Here are Holly's ideas! 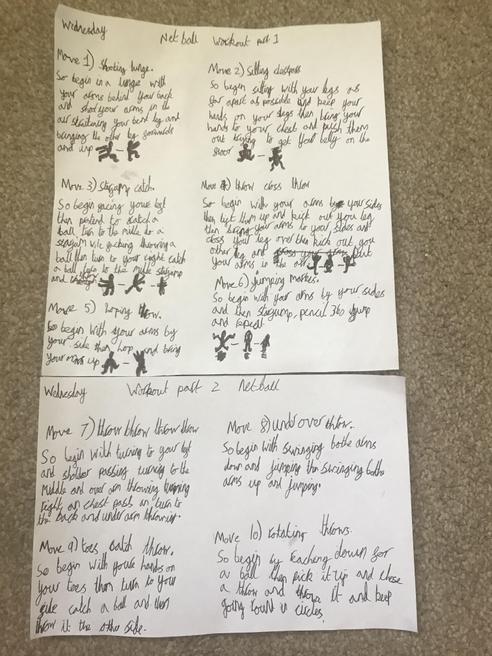 Maisie completed some of the medals activities, thinking about what we win them for.  She then designed her own medals! 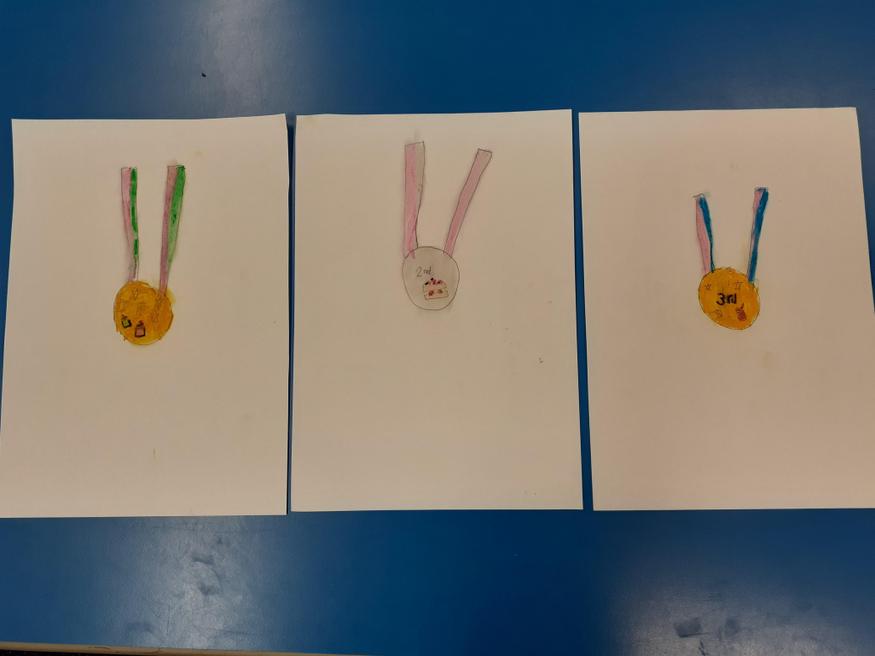 Well done to all the children who have kept up with some Maths practice this week by choosing some of those activities too!  Here is some from Bella and Albert: 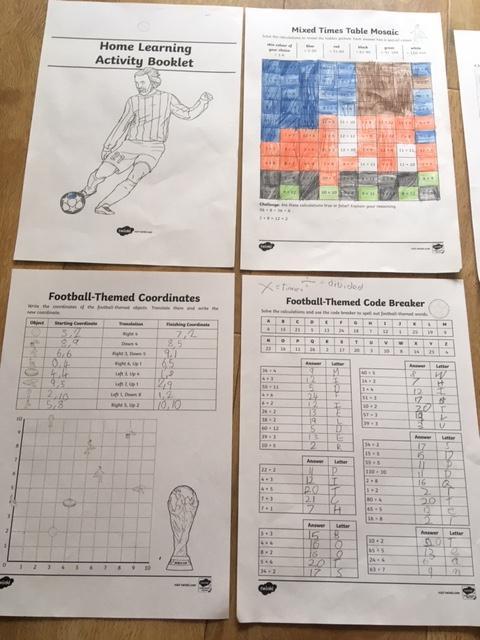 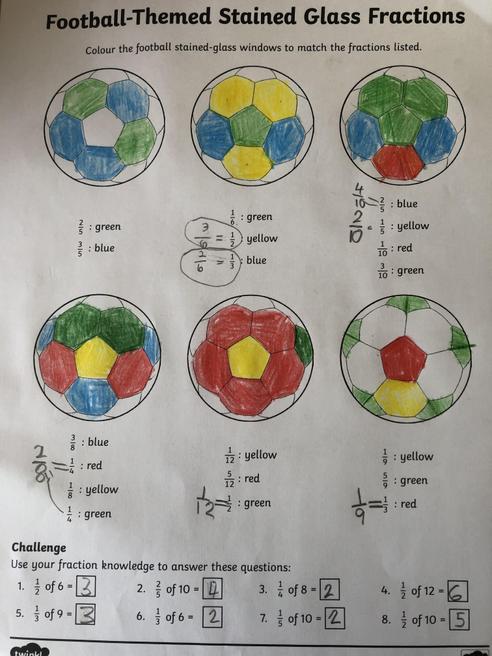 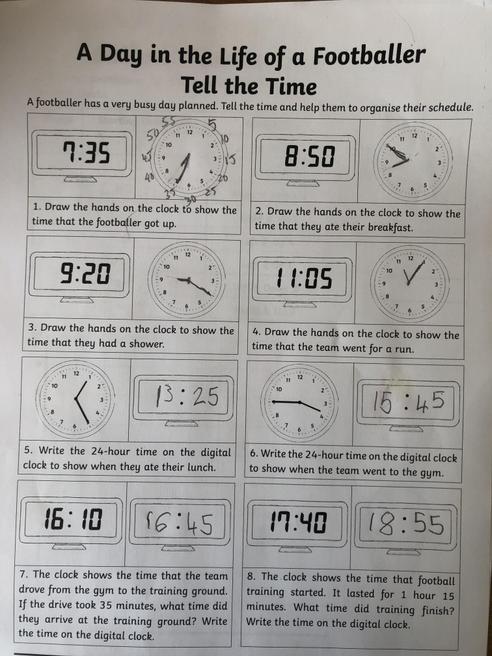