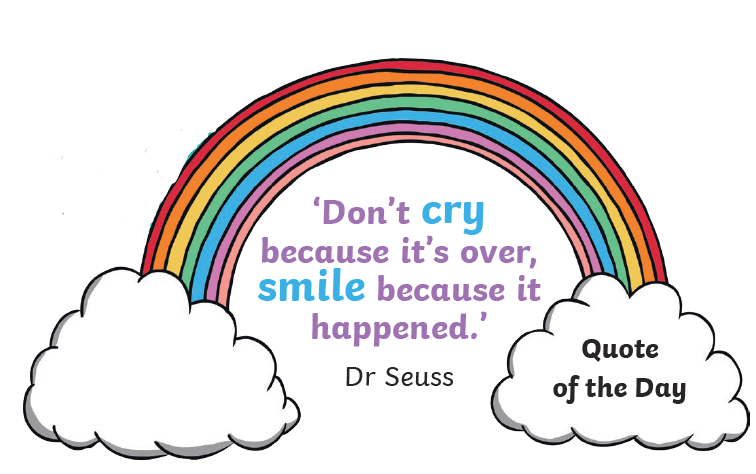 Following on from our live lesson - Block Graphs

Use the tally chart below to create your own block graph. 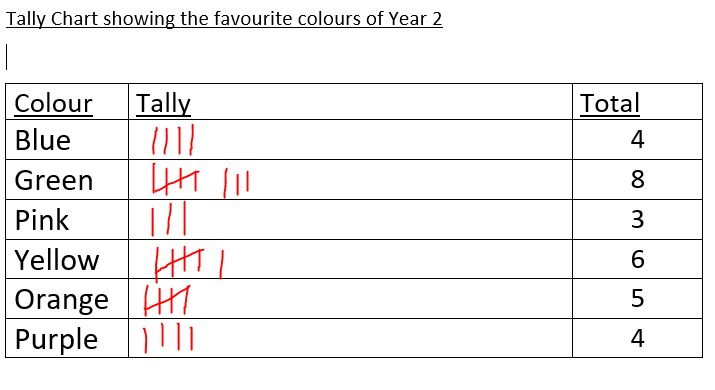 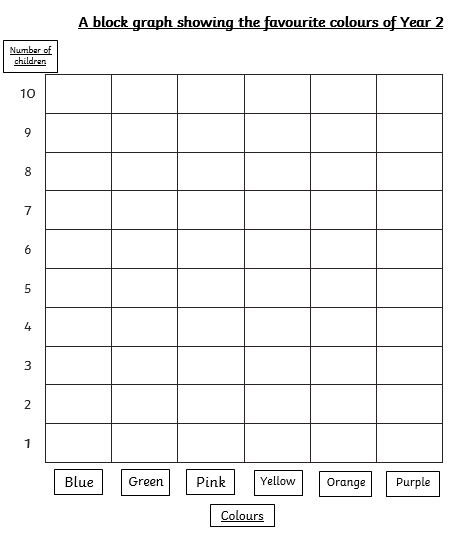 Then tell me what your data shows. We will discuss this at 2.00pm on our online meeting.

Time to get up and get moving.

Well we have been very busy in our English lessons this half term, we have looked at the story of The Lighthouse Keeper's Lunch, making story boards and improving sentences with description.  Then moving on from that story we made our own disgusting sandwiches that would have scared away even the most determined seagulls using the book - The disgusting Sandwich'. We then learnt how to use time connectives, imperative verbs and extra detail to write a set of instructions for our disgusting sandwiches and smoothies.

For the next two weeks were are going to focus on another story set on a small Scottish Island, which will also help us with our island geography topic too!

The story is called Katie Morag and the Two Grandmothers by Mairi Hedderwick. 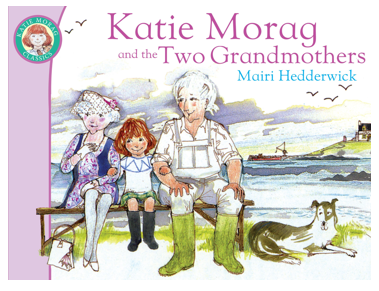 Listen to the story below to meet Katie Morag and her two very different Grandmothers.

When you have finished look at the two pictures below of Katie's two grandmothers.

Can you think of some similarities and differences between the two? Can you make a table? 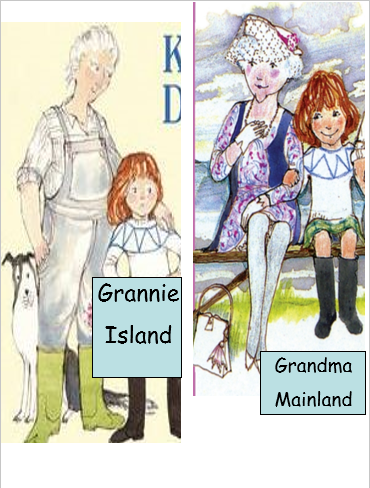 There are lots of clues in the story so listen to it more than once. It is not just what they look like where you can find the differences!

Katie Morag and the two grandmothers

Did you ever think that one person could have such different grandparents? Katie Morag has a visit from Grannie Mainland.

Today I would like you to watch the video of Katie Morag's island tour.

Look carefully at the human and physical features that you can see as she moves around the island.

Then, after you have finished watching it, I would like you to think of five questions that you could ask Katie or any of the characters about what it is like to live on a small island.

Remember you are working today as a Geographer in a Geography lesson. We are not finding out about Katie's favourite dinner or Grannie or we are not asking how old Katie is. That would be an English lesson.

Today you are a Geographer so think of some questions to find out about;

Don't forget, even though we are learning in Geography, we still need a capital letter and a question mark for our questions.

Katie Morag: The Island Tour of Struay on CBeebies and CBBC

Follow Katie Morag on her island tour of Struay and meet the friends and family who live on the island with her.

Unfortunately not the ones with chocolate chips.

Some cookies are necessary in order to make this website function correctly. These are set by default and whilst you can block or delete them by changing your browser settings, some functionality such as being able to log in to the website will not work if you do this. The necessary cookies set on this website are as follows:

Cookies that are not necessary to make the website work, but which enable additional functionality, can also be set. By default these cookies are disabled, but you can choose to enable them below: